There has been a recent spate of articles in the UK press, mostly at weekends. Pretty much all of them are written by cis women. They all attack trans women for, as far as I can tell, having the very nerve to exist as women. Perhaps the most notable recently was this piece by Woman’s Hour presenter, Jenni Murray (paywalled). Murray starts by proclaiming that she is definitely not transphobic in any way, and certainly not a TERF.

After this important disclaimer, she then trots out a few classic TERF tropes, which she seems to earnestly believe: trans women are fashion obsessed airheads; we were “socialised as men”; we need to stop pretending we’re “real” women; and by the way, a trans woman she knows agrees with her so don’t call her transphobic.

This is tedious. There’s nothing new here. These “arguments” are such cliches that one can number them ahead of time and provide handy links to their standard refutations if one desires. It’s well into “drinking game” territory.

I found myself wondering what the point of these “paint by numbers” weekly hit pieces is. The people writing them act like they’re imparting important new information, but pretty much the exact same piece appears every few days. Right on cue, a few days later author Chimamanda Ngozi Adichie came out with the same nonsense, and then a few days after that it was the turn of Hadley Freeman. Yesterday it was Ellie Mae O’Hagan’s turn.

Here’s my recipe for writing one of these pieces:

Start by declaring yourself “not transphobic” and say something about how you “deplore discrimination”. Like those things companies add to the bottom of emails, this is Very Important and Definitely Legally Binding.

Talk about how trans women have “male socialisation”, then pick a few of these and write a paragraph about each:

Now you’ve carefully constructed your devastatingly effective and completely original (or your money back) argument, close out by saying that trans women need to identify as trans women, and stop calling themselves women, and get off my territory!

Because that’s the rub, isn’t it? The thing these pieces are all asserting is territorial dominance. “I am woman, this is mine, you can’t have none, look at my expensively maintained by an Islington dentist middle class canine teeth! Grrrr!” 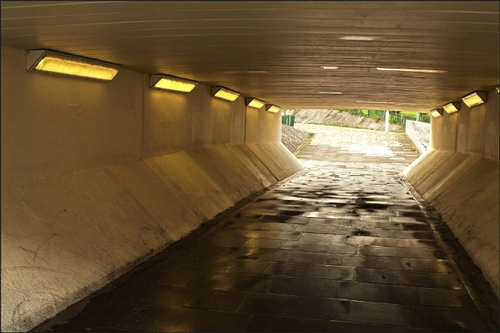 You know those dark, concrete pedestrian underpasses? Every city has them: even beautiful Cambridge with its medieval university. They’re just a bit grim, no matter how hard councils try to make them seem safe and welcoming.

And quite often, they smell of urine.

We all know who’s doing this. By and large, it’s young men. Whatever they think their reasons are, this whole “urinating in underpasses” thing has a very clear effect: it marks the area for women as being a place we shouldn’t linger. We’re probably not safe there. It’s not our territory.

The man pissing there probably did so with their mates present. They probably thought it was “top bantz”, or something. They were probably drunk and engaging in the sort of loud, territorial behaviour that women tend to instinctively fear. Yes, even trans women, despite what these thinkypieces would have us believe.

These constant hit pieces in the press are doing the same thing. Every time we see one, it reminds trans women that we can never take acceptance by feminists, or by any cis women we don’t already know well enough to trust, for granted; it’s not safe for us to do so. Feminism and women’s issues aren’t for us; if we speak up we will be punished and cast out because this is not our space, it belongs to the people who want us dead, or at least invisible. Like uppity women asking drunk men to just use the fucking toilet, we’re spoiling their gig.

And just to remind us, they’re going to ensure the media constantly bombards us with their territorial cissing, week in, week out.